The Old Railway Station, Saintfield is For Sale! Read Joan Porter’s snapshot of the property both past and present.


The beautifully renovated Old Railway Station at Saintfield is for sale at offers around £550,000 which includes the station and station master’s house.  The owner is currently having plans drawn up with the possibility of separating these as two single entities.  Here is Joan Porter’s snapshot of the property both past and present. See also the full details listed here.

They bought a railway station…. a glimpse at the renovation of Saintfield Railway Station. 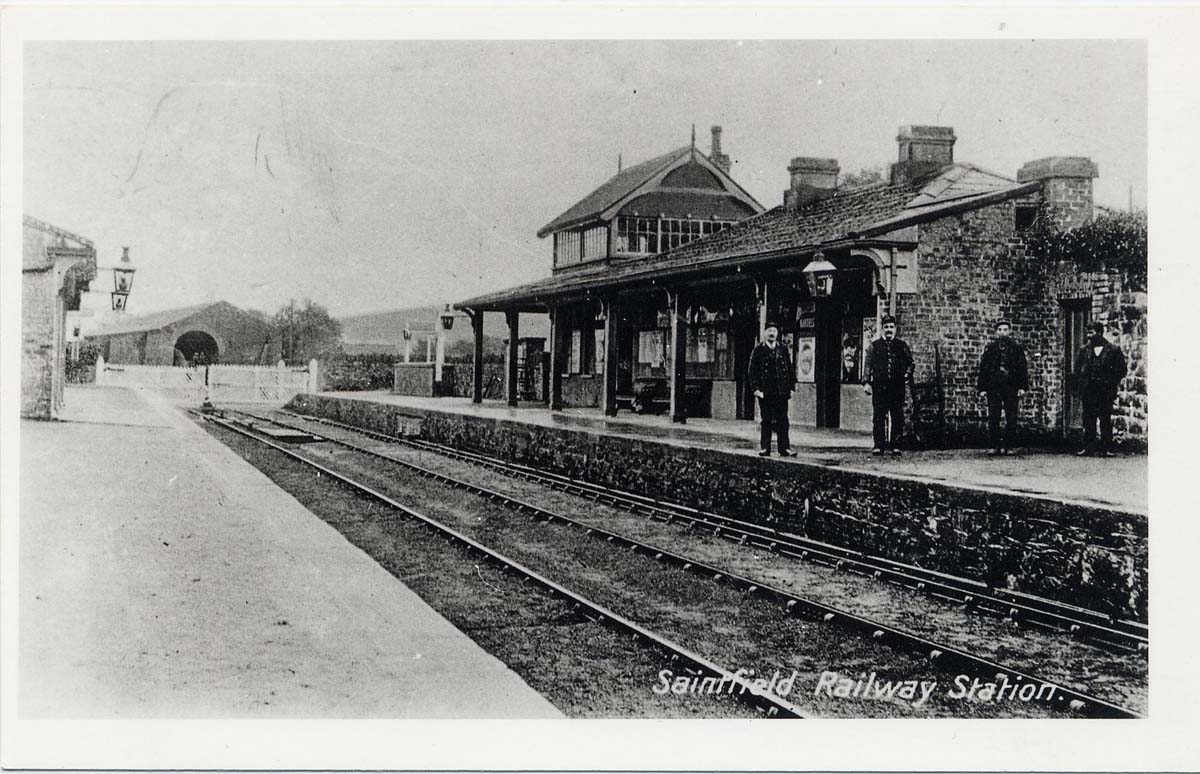 Built in 1856 amid the excitement surrounding the age of steam and at the height of the so-called Railway Mania, the Listed Saintfield Station, still with its original signal cabin, is an important survivor of the Belfast & County Down Railway. This line ran for 80 miles from Belfast to Downpatrick with zigzagging branches across the county, the crimson carriages and dark green engines powering through the northeast’s lush landscape of rural farmlands, drumlins and distant mountains. Seen through the prism of the 21st century, it’s all impossibly romantic.

And that’s how Theresa Lynch and her now late husband Pat saw it.  In 1997, nearly 50 years after the line closed, save for the Belfast-Bangor run, they fell in love with Saintfield Station, the epitome of one of BDCR’s rural stations. “We realised very soon that the state of both the house and the station was a lot worse than we had originally thought which was just a bit of woodworm, some rot and damp,” said Theresa.

Listed regulations stipulated that as much of the original buildings as possible were to be kept and along with an architect and a team of skilled craftsmen, she and Pat, who worked in the construction industry, set about this major renovation project with hands-on help from their six children.

They first tackled the station master’s house, built in 1890. This handsome and characterful building, with its three large bedrooms, reflects the station master’s importance as a railway employee and a man with significant standing in the local community.  It was in a bad way and had to be gutted and replastered inside and out but the original pitch pine floorboards are still there as are the open fireplaces and stair banisters.  It is a house with presence.

The biggest Grand Designs-style restoration came with the station itself. And what an evocative throwback this is now. The original ticket hall and hatch are here while the station master’s office, where he would have dealt with weighty matters of missing trunks and the vexatious and forbidden practice of umbrellas and walking sticks protruding from suitcases, is now a tall-ceilinged modern kitchen.   The etiquette norms of the day which separated both gentlemen’s and ladies waiting rooms are now two bedrooms. A full length glass orangery was added which runs the length of the station… “my favourite part of the house,” said Theresa.
While the station master’s house was being renovated, Theresa and Pat en famille lived in the station.  Theresa remembered: “There was originally no electricity or water and the only services were the pipes for gas lighting. It was all very difficult.”  She added: “After the station was habitable we ran it as a children’s nursery and as each room opened onto the platform the kids could play outside.”

If you are an artist or a writer, both of which creative states can be defined by a tendency to dream or are passionate about railway engineering or its architecture, then you will love the signal cabin.  This is attached to the station and is believed to be the only one remaining from the BCDR days.  It still has all its original junction levers in place.  Gaze at the views through the original windows over the grassed-over track on what was the upline towards Comber – now great for parties and for kids to play ­ – and to the offside waiting room.  Saintfield was the only intermediate station planned as a passing place with a second platform added in 1859. Theresa added an interesting note: “I was told that during WW2, US forces stationed nearby widened the platforms to move more easily their
transport trucks.” There is even a tunnel beneath the tracks linking the two platforms which the Lynchs has planned as a wine cellar.

Sadly, Pat died in 2012 and, said Theresa, “that Pat was still project-managing the renovations made the end of his life perfect.”  She now runs Airbnbs from both the station master’s house and the far-side waiting room.  Theresa plans to live nearer one of her daughters nearby and said: “I have loved every minute of this place as it has been so much fun and I have so many happy memories here.”

Time for another family to feel the romance of the Down line.
These six images highlight some of the station’s character including the signal cabin and its levers, one of many old keys to the property, the stonemason’s name and date, JF Cochrane 1883 carved onto the wall of the station and a corridor in the station master’s house. Credit Sorrel Wills
sorrelwills.com 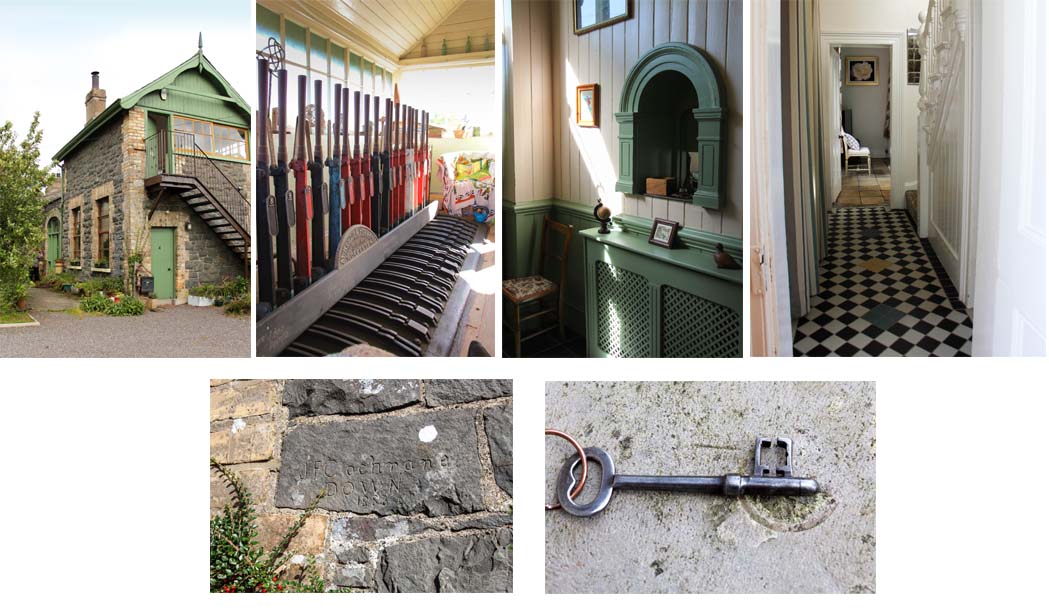 My thanks to the Comber Historical Society for the c.1910 picture of Saintfield Railway Station.